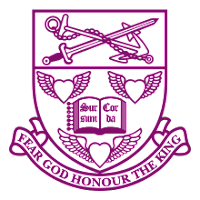 Show respect for everyone. Love your Christian brothers and sisters. Fear God. Show respect for the king. (I Peter 2:17 NLT).
The Bible is very clear that we are to fear God and respect those that God has placed over us. This instruction is valid for leaders who we disagree with or even find their views repugnant.
In the next verse (v. 18), it speaks of servants being submissive and respectful to those appointed over them whether they are good and gentle or unreasonable.  We have politicians over us in this country that are doing things that sometimes make us sorrowful and even angry.  We must remember when Peter wrote this letter there was great persecution going on much more significant than what is happening today.  In Acts 23: 1-5 the Apostle Paul is slapped across the face and treated very unfairly.  He responded to the harsh treatment. After learning that the high priest had given the order, Paul quickly expressed his regret for his reaction, quoting from Exodus 22: 28 which says we are not to speak against those God has placed over us.  It is not that what he said was wrong, but he had said it in an impertinent fashion.  We should and must speak against unrighteousness, but we must always do it in a respectful manner. In verse 21 of I Peter 2 Jesus tells us that he is our example, and in verse 23 that he never retaliated.  If we speak disrespectfully, even in righteous indignation, it only justifies to them their bad behavior. Submissive hearts and lives are what pleases God and ultimately wins people over.
For some of my dear Christian friends this piece may be a bit troubling or even make you angry.  Though I understand your anger, the Bible is clear. We must respect those God has placed over us.  President Obama is our president, and we should show him deference as one who holds that office.  Granted, for Christians, he makes that pretty difficult sometimes.  We can and should disagree with him when it violates our consciences, but always in a civil manner. We should speak out against his views but not his character.
I am a Republican and by most definitions a conservative, but I am a Christian first and then a conservative Republican.  Which leader we chose to respect should not be colored by party lines or political ideology, but by the clear instruction of the Word of God. If God so chooses to allow Donald Trump to be our next president, his tactics might disturb some Christians.  We sholud show the same regard for a President Trump that we should have toward President Obama.  God is not a Republican or a Democrat.  It needs to be “fair and balanced.”  Our submissive lives may speak far more to our politicians than our angry words.  When aggravated by some of the grievous stances of those who rule over us, we should not let our emotions trump (no pun intended) the Word of God. We must fear God, and honor the king.
Image used with permission by Microsoft.
Ken Barnes the author of “The Chicken Farm and Other Sacred Places”  YWAM Publishing
Email:  kenbarnes737@gmail.com
website: https://sites.google.com/site/kenbarnesbooksite/
Blogs: http://kensblog757.blogspot.com
http://gleanings757.blogspot.com
Podcasts: http://kensblogpodcast.blogspot.com
http://gleaningspodcast.blogspot.com