Skip to content
Sammy’s Skateboard
….in everything give thanks; for this is God’s will for you in Christ Jesus (I Thessalonians 5: 18 NASB). 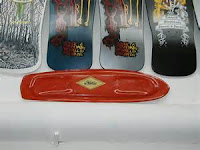 Sammy could not understand why God would give him something and then take it away.
Sammy was a little blond-head boy from the Big Island of Hawaii whose family thought me the value of giving thanks to God in all things.
Sammy’s Mother was a single mom with three children who struggled financially to make ends meet.  His Mom couldn’t afford to buy him a skateboard but that did not keep Sammy from dreaming. Sammy wanted a skateboard of his own in the worst way and not just any skateboard. He wanted a Hobie. This board was the Cadillac of skateboards of its day.
Church friends drove Sammy’s family to church every Sunday.  On the way home one Sunday, Sammy spied a skateboard in the back compartment of the station wagon. The father of the family must’ve seen the longing look on Sammy’s face and asked him if he’d like to have the skateboard. It was an old skateboard and it wasn’t a Hobie but it was a skateboard nonetheless.   Sammy was delighted to finally have a skateboard of his own.
One day not long afterwards Sammy was riding down the hill by his house on his skateboard.  He somehow got separated from his skateboard and it goes down the hill without him. As fast as he can he ran after the skateboard, but before he can catch up to it, he watched it go into a storm sewer.  He was horrified as he realized there’s no way he can get to the skateboard.  He ran back up the hill forcing back tears until he reached home and his Mother.  He wondered out loud how God could give him a skateboard and then take it away.
His Mom was brokenhearted for her son and embraced him.  But she also knew that she must teach him how to respond in these kinds of situations. She explained to him how the Bible tells us that we are to give thanks in all things, both for the good and the bad. She told him how God is good even when bad things happen to us.  He tried to listen to his Mom as well as his little heart would allow. Finally, she led him in a prayer that thanked the Lord that He can take bad and make good out of it.
Later his Mom called the city utilities department. She explained her dilemma to them and asked if they can send out someone to possibly retrieve the skateboard. In due time a worker arrived and removed the manhole cover and descended into the drain sewer on his ladder. After a few moments he reappeared holding the skateboard. Sammy and his Mom were delighted.  But they noticed he went back down the ladder. After a few moments he returned grasping a virtually brand-new skateboard in his hands. And yes, you guessed it, it’s was Hobie.  The utility worker said, “Until someone else claims it I guess it’s yours.”  No one else ever laid claim to it.
Most dark clouds have silver linings.  God is at at work doing one-upmanship, always one step ahead of us revealing His goodness.