Skip to content
Until the time came to fulfill his dreams, the Lord tested Joseph’s character. (Psalms 105:19 NLT) 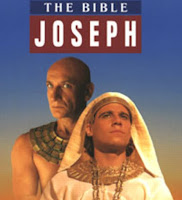 Often when God gives us a dream or a promise, the fulfillment is almost always punctuated by a significant waiting period. Why?  God is taking this opportunity to prepare us to receive the vision. Unfortunately, some never make it through the preparatory phase.
God gave Joseph a marvelous dream.  The sun, the moon and eleven stars bowed down before him, representing his Father, Mother, and Brothers.  Before the fulfillment of the dream, his elevation to second in command in all of Egypt, the word of the Lord tested him.  When he told his brothers the truth, it invoked jealousy and betrayal.  When he lived righteously, he was falsely accused and ended up in bondage.  Those he tried to help forgot him.  Hardship and disappointment litter his path in seeing his vision become a reality.   He learned the character traits needed to rule in Egypt, such as integrity, perseverance, and ingenuity, in the school of hard knocks.
What was the key ingredient that enabled Joseph in the midst of such adversity to see the dream come to reality?  It must have been that no matter what happened to him, he believed in the goodness of a sovereign God.  Genesis 50:19-20 gives us some insight into Joseph’s thought process when he said to his brothers, “God turned into good what you mean for evil.”  Whether in the pit or prison, Joseph believed that God was still in control.
Have you given up on your dream?  Have disappointments or ill treatment even by God’s people dampened your faith.  You must remember as Joseph did, they may have meant it for harm, but God meant it for good.
Images used with permission by Microsoft.
Ken Barnes the author of “The Chicken Farm and Other Sacred Places”  YWAM Publishing
Email:  kenbarnes737@gmail.com
website: https://sites.google.com/site/kenbarnesbooksite/
Blogs: http://kensblog757.blogspot.com
http://gleanings757.blogspot.com
Podcasts: http://kensblogpodcast.blogspot.com
http://gleaningspodcast.blogspot.com