Skip to content
Hear a just cause, O Lord, give heed to my cry;
Give ear to my prayer, which is not from deceitful lips. (Psalm 17:1 NASB). 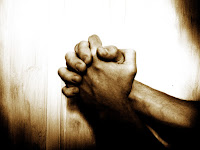 How do you know whether your prayers are from deceitful lips?  Only through the testing of your heart will you know if your mouth is speaking deceit.
Many believe that this prayer came at a time when King Saul was hunting down and trying to kill David.  Due to his jealousy, Saul was trying to destroy his loyal servant David.  Our hearts are tested when we are mistreated.  Twice, during Saul’s pursuit of David, the Lord delivered Saul into David ‘s hands. David could have an illuminated Saul and put an end to the King’s unjust quest.  On both occasions, David refused to touch God ‘s anointed (I Samuel 27:10–11 NASB). David declined to take vengeance into his own hands. David honored the King, even in his vain jealousy, because he first reverenced God.
When mistreated, you and I often respond with angry words and deeds.  David refrained from sinning with his mouth or his hands.  David knew that his prayer did not come from deceitful lips because of his actions in relation to Saul.  God placed Saul into David’s hands to test his heart.  Righteous responses always flow out of a pure heart.  When it once appeared that I was unjustly treated, the Lord did not permit me to speak about it for more than twenty years. The testing of the Lord can last a long time.
Have you been mistreated? Is God testing you?  Righteous reactions to unjust treatment produce prayers without deceit.
Image used with permission by Microsoft.
Ken Barnes the author of “The Chicken Farm and Other Sacred Places”  YWAM Publishing
Email:  kenbarnes737@gmail.com
website: https://sites.google.com/site/kenbarnesbooksite/
Blogs: http://kensblog757.blogspot.com
http://gleanings757.blogspot.com