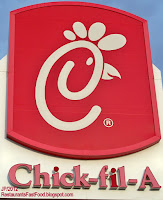 Let me relate to you a somewhat embarrassing little story.

Yesterday morning I was in the drive-thru lane at a local Chic-fil-A.  On Saturday morning, I sometimes pick up a couple of breakfast sandwiches for my wife and myself.  As I approached the young lady who was taking orders that morning, I reached for my wallet.  To my dismay, I did not have it.  There were four cars in back of me, and several in front of me. There was nothing I could do.  I had to wait to get out of the line.  I approached the smiling young lady on foot taking orders and told her that I forgotten my wallet and just needed to go through the line.  She said, “that’s ok, I’ll check for you. What did you want?” She went to the pay station, and I saw the guy working there nodding his head.  He waved me through they gave my food and said, “have a nice day.”

I arrived home and started to tell my wife what had happened. She looked at me strangely, and said, “you didn’t use the card that I gave to you?”  I said, “oh no” and reached into my pocket and there it was.  I thought to myself, this is just like God, even when you mess up big-time, he gives you grace.

Knowing how all this had happened, I knew that I had to go back and try to pay for the food.  I told a young lady behind the counter the story and that I wanted to repay them. She said you don’t have to do that.”  I said, “I know, but I want to repay you.”  She called her supervisor, and she said, “don’t worry about it, we do it all the time.”  I thought to myself, again, this is like God, we can never repay him for all that he has done for us.  All I could say was thank you.

The next day at church, as I led Communion, I told the congregation this story.  I expressed to them that as we ponder this free gift of salvation that we can never repay, maybe the only thing God requires of us is a thankful heart.

With the generosity as I just described, is it any wonder why this company has been blessed in the way that they have. Thank you, Chic-fil-A.

Image with permission by Microsoft.