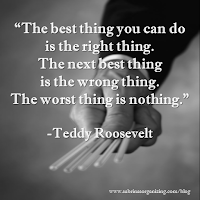 And since God gave these Gentiles the same gift he gave us when we believed in the Lord Jesus Christ, who was I to stand in God’s way?” (Acts 11:17 NLT)
Good is always the worse enemy of God’s best.  How God has led us to do things in the past is not always the way he will lead us in the future.  When God is directing us to accomplish tasks differently, spiritual inertia will forever be present.
The definition of inertia is a tendency to do nothing or remained unchanged.  It is a property of matter by which it continues in its existing state of rest or uniform motion in a straight line unless that state is acted upon by an external force.
Every new move of God has always been resisted by the previous one.  Truth never changes, but how God chooses to make it known does.  In the Church in the latter part of the last century, we experienced what was known as the charismatic movement or neo-Pentecostalism.  With a few differences, the theology of charismatics and Pentecostals were virtually the same, yet the push-back for the charismatics came through classical Pentecostals.  Our scriptural reference is an example of the first-century church dealing with spiritual inertia.
In the church, what is the external force that acts upon spiritual inertia?  It is the work of the Holy Spirit. When God starts to move, he often uses methods and people who seem foreign to us.  If God speaks to you about a new initiative, there will be resistance from both inside and outside the church.   The church often becomes the prisoner of a positive past, and we cannot get past good to get to the best. Are you trying to do God’s work today with yesterday’s methods?
Image used with permission by Microsoft.
Ken Barnes the author of “The Chicken Farm and Other Sacred Places”  YWAM Publishing
Email:  kenbarnes737@gmail.com
website: https://sites.google.com/site/kenbarnesbooksite/
Blogs: http://kensblog757.blogspot.com
http://gleanings757.blogspot.com