Skip to content
“Now the Lord was angry with me on your account, and swore that I would not cross the Jordan, and that I would not enter the good land which the Lord your God is giving you as an inheritance. (Deuteronomy 4:21 NASB) 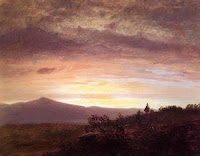 Moses had disobeyed God, and as a result, he had been forbidden to enter the Promised Land.  His response to the consequence for his sin is a portrait of a repentant man.
Moses understood God’s character.  He knew God was just and merciful at the same time.  First, Moses knew his justice. “So watch yourselves, that you do not forget the covenant of the Lord your God which He made with you….  For the Lord your God is a consuming fire, a jealous God” (Duet. 4:23a-24).  We do not see Moses complaining about his consequence for his sin.  He asked the Lord once to relent.  God said no, and that was it (Duet 3:23-27).  He then turned his attention to helping Joshua and Israel obtain their inheritance.  Moses was quick to embrace the justice of God.
Though accepting God’s justice, he also hoped in his mercy.  In instructing Israel of the results of breaking their covenant with God, he reminds them that if they repent and turn back to him that he will show mercy to them. “For the Lord your God is a compassionate God; He will not fail you nor destroy you nor forget the covenant with your fathers which He swore to them” (Ch. 4, v. 31}.
Though God did not allow Moses to go into the Promised Land, in mercy, he allowed him to view it from a distance.  Moses was a portrait of repentance.  He quickly embraced God’s justice, and the Lord could promptly grant him his mercy.
Image used with permission by Microsoft.
Ken Barnes the author of “The Chicken Farm and Other Sacred Places”  YWAM Publishing
Email:  kenbarnes737@gmail.com
website: https://sites.google.com/site/kenbarnesbooksite/
Blogs: http://kensblog757.blogspot.com
http://gleanings757.blogspot.com