Skip to content
After all the land was divided among the tribes, the Israelites gave a piece of land to Joshua as his allocation.  For the Lord had said he could have any town he wanted.
(Joshua 19:49-50a NLT) 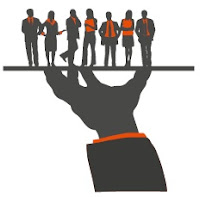 Joshua was the oldest and most significant of all Israel, yet he was the last to receive his inheritance.  Joshua personified the servant-heart of Christ, where the first becomes last.

When Jesus’ disciples were jockeying for position and trying to get the best positions in serving their Master, Jesus gave them a lesson in authentic leadership (Matthew 20: 25-28 NLT). He told them that they were not to lord it over people as the Gentiles do, and the last would first and the first, last.  We see this same mindset in Joshua.  The leader of Israel could have had any town he wanted at any time he wanted, yet Joshua fought for all the other Israelites to received their inheritance and then he took his.  If Joshua had been a captain of a sinking ship, he would have waited for his crew to disembark before he did.  Joshua had the essential quality of all good leaders, seeing his role as taking care of his followers, not them existing just for him.  It is the example that Jesus modeled for us when he put our needs first and gave his life for us.

In God’s service, we can often feel like we are always playing a backup role.  It appears that others receive their inheritance before we do, yet we must remember what Jesus told us, the first will be last.  In the Kingdom of God, often, those who laugh last, laugh best.