Skip to content
Bear one another’s burdens, and thereby fulfill the law of Christ. For each one will bear his own load.  (Galatians 6:2,5 NASB) 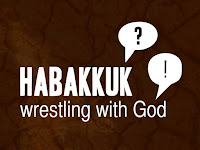 There seems to be an apparent contradiction between verses two and five. There are times when we all have burdens so oppressive that we need some help, yet we should never let our dependence on someone, other than Christ, become a lifestyle.
Clarity comes to this portion of Scripture when we understand that there is a collective and individual responsibility we have as Christians. The Greek word for burden (v. 2) expresses an overwhelming or excessive weight that any person would have difficulty bearing. In this case, we, as Christians, must fulfill the law of Christ and help bear their burden. In (v. 5), the Greek word used for the load was often used to refer to a soldier’s pack that everyone in the army was expected to carry.
There are certain burdens or loads that we must help the brethren bear and others for which we should not take responsibility. Doing something consistently, for some who can do it for themselves, is not loving them. In our desire to love and serve people, we can unwittingly become part of their problem rather than the solution.
Have you heard of the little boy who found a cocoon? He waited expectantly for the butterfly to emerge. A hole appeared in the envelope, and the butterfly was struggling to get out. The butterfly seemed so desperate that the boy took scissors and clipped the cocoon, the butterfly emerged, but it spent the rest of its life crawling around, never being able to fly. The struggle a butterfly incurs in freeing itself prepares it for living outside of the cocoon.
Are you serving or enabling people?
Image used with permission by Microsoft.
Ken Barnes, the author of  “The Chicken Farm and Other Sacred Places”  YWAM Publishing
Email:  kenbarnes737@gmail.com
website: Ken Barnes’ Book Site
Blogs: http://kensblog757.blogspot.com
http://gleanings757.blogspot.com