Skip to content
“Aaron saw how excited the people were, so he built an altar in front of the calf. Then he announced, “Tomorrow will be a festival to the Lord!” (Exodus 32:5 NLT) 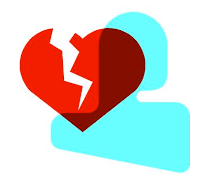 Aaron tried to have God partake in their idolatry.  He took what was unholy and wanted to give it a semblance of being holy. He thereby would divide their hearts.
We behave in like manner today.  We take what is unrighteous and make it appear righteous.  It can then seem to be Christian when it is not.  Christ is either our Lord, or He is not Christ at all.  When anything rivals our devotion to Christ, like success, prosperity, or fame, it becomes an idol. Instead of renouncing one and following the other, we try to make the two compatible.  In doing so, we make neither one of them our God.  Matthew 6:24 (NASB) says that “No one can serve two masters; for either he will hate the one and love the other, or else he will be loyal to the one and despise the other. You cannot serve God and mammon.”  Mammon is more than just money; it is anything that money can buy.  If we cling to both God and mammon, we will have neither.
From the Garden of Eden to Aaron’s day, until today, the Devil has been working to divide our hearts.  If the Evil One cannot get us to abandon God totally, he leads to believe that we can have God and the world equally and simultaneously.  It is not that mammon, in itself, is sinful, but mammon above or equal to God is.  As Joshua chided his people, “Chose who you will serve.” Are you trying to serve God and mammon? Do you have a divided heart?
The image is used with permission by Microsoft.
Ken Barnes, the author of  “The Chicken Farm and Other Sacred Places”  YWAM Publishing
Email:  kenbarnes737@gmail.com
website: Ken Barnes’ Book Site
Blogs: http://kensblog757.blogspot.com
http://gleanings757.blogspot.com