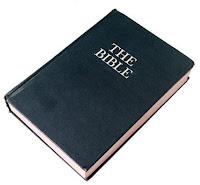 In the beginning was the Word, and the Word was with God, and the Word was God. He was in the beginning with God (John 1: 1-2 NASB).
In the beginning was the Word, and the Word was with God (first person of the Trinity), and the Word was God (second person of the Trinity).  If we change the Word, we change God Himself.
Christians are called to love all our neighbors unconditionally. Believers in Christ value life and therefore mourn the loss of every person made in God’s image.  In the wake of the tragedy in Orlando, it has been so unjustly suggested that the views of Christians are at least in part responsible for this horrendous act.  While we are appalled by the travesty and are deeply grieving with the families and friends of the victims, to say that Christians are to blame is a gross misrepresentation of the truth.  Believers in Christ are just espousing and taking to be true what the Bible says.  Same gender sexual relationships are called sin.  If these acts are not wrong, then God is a liar.  There is more going on in this discussion than a mere theological argument.  What’s at stake is the very integrity of the Word of God and the character of God Himself.  If same-sex marriage is a legitimate definition of matrimony, then God’s Word is not true.  If God’s Word is true, then homosexual relationships were never God’s plan.  If the former is true, then the Bible as our moral compass has been lost.  As believers in Christ, we cannot ride the fence on this one.
Of course, people have a right to choose their lifestyle, but so do Christians have the right to believe as we see fit.   Yes, we must be compassionate toward sinners as we would want for any sin with which we might struggle.  Hatred and bullying are always wrong, but believing the Bible is not an act of hate, it’s just the opposite. We must not let any voice out of Orlando alter our stance on the unchanging Word of God.  His Word endures forever!