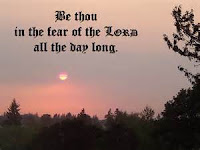 The fear of the Lord leads to life,  So that one may sleep satisfied, untouched by evil.
( Proverbs 19:23 NASB).
On the Big Island of Hawaii I once learned spiritual attacks at night can be an indication of whether we fear God or man.
He is going to embarrass you!
I was in missionary training with Youth With A Mission on the Kona Coast of the island of Hawaii.  Theo was a young man who I had befriended while sharing the Gospel on the streets of Kona.  I wanted to take him me to a YWAM community meeting. He seemed open to going with me.  One evening I stopped by his apartment to take him with me to the service.  As I opened the door I saw Theo sitting with a friend having a beer.  Thoughts rushed through my mind. I wonder if he is drunk? The people at the meeting are going to smell the alcohol on his breath.  He might say some things that will be embarrassing.  Fear latched hold of me and after a few minutes I quietly left, feeling a little guilty but never revealing to him the real purpose of my visit.
Lord, What Is Happening?
That night I was beset by horrendous dreams filled with all types of evil.  I awoke and I was emotionally distressed.  I cried out, “Lord, what is happening?”  I picked up my Bible and was led specifically to Proverb 19:23.  The portion, “so that one may sleep satisfied, untouched by evil”, jumped out at me.   It did not take a spiritual giant to realize I had been duped.  I am convinced to this day that Theo was just having a beer with a friend and was nowhere near inebriated.  I believed a lie in relation to his sobriety.  How could I have been so deceived?  It was due to the fact that I cared more about what people thought about me rather than the soul of the man I was trying to reach.  It was a classic example of the fear of man.  God sometimes takes the scales off of our eyes and allows us to see ourselves as we really are.  It was not a pretty picture that morning.  I learned on that South Seas Island that if you want to protect your mind and heart, fear God and not man.
Ken Barnes, the author of “The Chicken Farm and Other Sacred Places”  YWAM Publishing
Email:  kenbarnes737@gmail.com
website: https://sites.google.com/site/kenbarnesbooksite/
Blogs:  http://kensblog757.blogspot.com
http://gleanings757.blogspot.com