Skip to content
But Moses said before the Lord, “Behold, I am of uncircumcised lips, and how shall Pharaoh heed me?” (Exodus 6:30 NKJV) 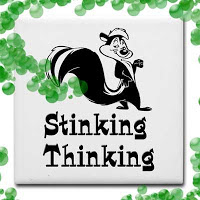 Clearly, Moses did not view himself as up to the task that God had placed before him. Things can start out as an honest evaluation of your deficiencies, yet repeated over and over again, can devolve from humility to inferiority.  It is never wise to deny what God says you can do, it’s “stinking thinking.”
Moses declared to God that he had uncircumcised lips, or he was unskilled in speech.  We all realize that in ourselves we are all unable complete the tasks that God gives us to do, yet there is a point in time where we have to take our eyes off of ourselves and put them on God.  In Exodus 4: 14 the Lord became angry with Moses as he tried to persuade the Lord of his incompetence in speaking.  At this point, Moses was not walking in humility.  God never gets angry with humility.  The Lord responded to Moses, “So the Lord said to him, “Who has made man’s mouth? Or who makes the mute, the deaf, the seeing, or the blind? Have not I, the Lord?”  God was trying to get Moses’ eyes of himself and look to the Lord. Humility is not dwelling on our weaknesses but recognizing our strengths and weaknesses, and understanding that God can use both.  It believes that God’s grace is bigger than all our deficiencies.
Even the best of us, like Moses, sometimes get into “stinking thinking.  Don’t bore the Lord, he is well acquainted with your inadequacies.  Don’t continually replay the narrative of unbelief. You are what God says you are.  It is never humility to say you can’t when God says you can.
Image used with permission by Microsoft.
Ken Barnes, the author of “The Chicken Farm and Other Sacred Places”  YWAM Publishing
Email:  kenbarnes737@gmail.com
website: https://sites.google.com/site/kenbarnesbooksite/
Blogs: http://kensblog757.blogspot.com
http://gleanings757.blogspot.com